The following is an excerpt from Episode 8 of the “Raising Girl Shaped Flames” podcast. If you’d like to hear the full episode, you can catch it here and subscribe on iTunes or wherever you get your podcasting goodness!

Creativity and the brain:

There’s so many brain myths going around the place, but this one in particular, there are parts of the brain on the right hand side, which do light up more when you are being creative. So that’s probably where it came from. But as our technology is able to look at our brains more effectively when we are doing different sorts of tasks, it really shows that there are multiple areas of the brain involved in creativity, and it’s actually networks that are involved. And there’s three main networks that we talk about when we talk about creativity. So the first one is called the default mode network. So it’s also sometimes called the imagination network. And this is the network that is active when we are in that kind of mind wandering day dreamy state when we’re not on task, when we’re not actively doing something. And it’s in the default mode network that we have our spontaneous thoughts, that we have our moments of insight, that we have our ideas. So, and that is where creativity comes from. It’s when we join two pieces of information together, or we look at something in a different way, and we have those new thoughts and new ideas.

Does that kick in when you spend some time in that default, your imagination mode, and then you settle upon a particular thought or a particular idea, is it like you move into that executive network stage?

That’s exactly right. And the third network is what enables you to do that. So the third network is called the salience network. So the salience network decides what is important and what we should be paying attention to. So let me give you an example. If you were being really creative and you were writing a song, for example. When you’re in default mode network, you’re kind of trying to think up the melody and, you know, you’ll have a few tries at it. And then all of a sudden you’ll come up with a melody that sounds good. And your salience network will go, yes, that’s the one, let’s work on that. So what it does is it switches you over to your executive network and it’s your executive network that then flushes out the idea and it writes down the notes and comes up with the lyrics. So creativity actually relies on those three networks being really well connected and switching really quickly between each other and the speed at which they connect is has been linked to our level of creativity,

In terms of the relationship between confidence and creativity, where does confidence play its role or its part of what affects these three networks working together in order to have them work harmoniously sort of together?

You’ll probably agree when you feel confident, that’s usually associated with sort of positive emotions and you sort of feel good. When you lack confidence, that can be associated with feeling stressed or anxious or some kind of negative emotion. So when we lack confidence and we do have those negative emotions, what happens is we tend to use top down or cognitive strategies to manage those emotions. And in order to do that in order to regulate those emotions, we actually switch on our executive network. And we know that when our executive network is switched on that, our default mode network reduces its activity. So as soon as we get stressed and we use those cognitive strategies, like counting to 10 or distracting ourselves, or getting really into a task, as soon as we do that, we switch on the executive network, which switches off the default mode network. And therefore our creativity will go down.

Is this the same in teenagers or is it different for them?

It’s interesting to look at the research about the activity of the default mode network in teenagers. So as teenagers get older, the activity in the default mode network seems to go down and the activity in the executive network seems to go up. And we think that is associated with the fact that they are becoming more task focused and they are becoming more attentive because the things that they’re learning at school are becoming more complex and more attention is required for that. So that’s one reason why we see, the imagination and the wonderful world that young kids create gradually disappear as our daughters get older. But the other thing for the modern day teenager that makes it very, very tricky is that they are often on task with devices, so whenever they are looking at a device, whether it’s chatting with friends or watching a video, they are on task, which means they have their executive network activated. And we know that when their executive network is activated, the default mode network is not activated and that’s where they need to be to be creative. So they’re actually getting less time in that lovely mind wandering daydreamy space that will allow them to be creative.

We need to give them the space in order to step into that default default mode network. And we also need to encourage them to take risks, to engage in new experiences, to be spontaneous because we know all of those things increase creativity. So it could be things like going for a walk or going for a drive and asking them to leave their devices at home or, or switch them off. Because I know that usually when we’re driving anywhere, these days, all the kids have their devices in their face. So it’s about leaving the devices at home and actually being present and allowing their mind to wander. But this actually also brings us back to confidence a little bit because we know that if girls have a lack of confidence, they will be less inclined to engage in risk taking behaviours or to experiment with new ideas. So actually encouraging them to do those sorts of things will in turn impact their creativity as well.

What are your thoughts about downtime?  Allowing yourself to just exist and just being in the moment without being stimulated all the time? This might be challenging to enforce for parents?

First, your right brain is not the creative side of the brain necessarily there are multiple networks that are required in order to come together so that creativity can be fostered.

For more insights around developing your daughter’s confidence, courage and self-belief, subscribe to our weekly Confidence Comms newsletter. 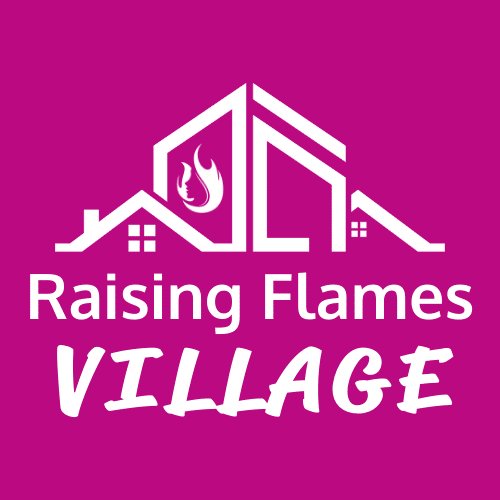