April’s theme was ‘Emotional Intelligence’ and we had a number of events based around understanding and developing this skill within the Girl Shaped Flames Program. Along with our usual monthly meetup and workshop, the girls also got to go on an exciting company excursion to Channel Nine and attended the launch of this year’s Salvation Army Red Shield Appeal.

We were joined by 59 participants

Kicking off April’s events was our monthly meetup at QACI (Queensland Academies Creative Industries). We had two special guests join us: Ale Weicek, Human Centred Strategist and founder of Sqr One; and Peta Miller Rose, a distinguished member of the Queensland Fire and Rescue Service.

On the 4th of April, six lucky Girl Shaped Flames nabbed exclusive spots at the launch of this year’s Salvation Army Red Shield Appeal, held at the Brisbane Convention Centre. The girls were among almost 900 of Brisbane’s businesses which had turned out to support the fundraising efforts.

We heard moving real-life stories of people who have benefitted over the years from the Salvation Army’s services, along with a performance by country music singer Adam Brand. The appeal was officially opened by the Governor of Queensland, his excellency the Honourable Paul de Jersey AC. Coincidentally, the girls happened to be in the right place at the right time out the front of the venue as the Governor arrived, who made his way over to personally greet the girls and thank them for their support, which was quite a special opportunity!!

This event truly went far to open up the girls’ eyes, not only around the impact that these kinds of organisations have on people’s lives, but also on the importance of volunteering and fundraising for important causes. Each of the girls also contributed their own raised funds towards the efforts, and by attending the event were able to really see how campaigns such as the Red Shield Appeal can effect the lives of thousands of people across Australia.

This one really was one of the highlights of the year (so far)!! A group of 25 Girl Shaped Flames were treated to a full day of amazing behind the scenes information and exposure of one of Australia’s largest broadcasting networks.

The girls were greeted and given an industry overview by QTQ-9 and NBN’s Managing Director, Kylie Blucher, who gave us a macro overview of the action packed day. We were then joined by a reporter for the today show, PR executive, and broadcast engineer for an interactive Q&A panel that gave great insight into each of their roles and what it is like to work in the entertainment industry. The advice on how to get into the broadcasting industry given was eagerly soaked up by some aspiring journalists on the tour!

The very excited group of girls were then guided through the underbelly of Channel Nine’s entire facilities, giving them a behind-the-scenes look into the inner workings of the station. We visited Channel Nine’s control room, where we learned about the impact major technical difficulties can have on a live news broadcast, and even got to actually stand behind the desk and feel what it is like to be a real life news reporter. Our tour then took us to a live recording studio, where we were treated to an incredibly fun recording of ‘Brain Buzz’ and got to see the studio’s crew and presenters in action! The host and producer of the show also took the time to explain their work to the girls, and told them a bit about their own career paths and how they got into the industry.

After a delicious lunch, we then headed down to the newsroom, where reporters were buzzing about, gearing up to bring their stories in for the day. Here, we were given an enlightening and informative overview of the news story process from conception to production. Finally, we were lucky enough to have some time with the head of sales operation, who explained the financial model behind the media world and Channel Nine. This discussion was equal parts fascinating as it was complicated, and the girls found it incredibly useful in understanding how the media world functions.

All in all, an amazing day was had by everyone, and inspired and educated a lot of girls interested in pursuing careers in media.

In this month’s workshop, the girls were treated to a very in-depth and introspective session with Laura Herman from Collective Learning and Development. Laura is deeply intelligent and empathetic, and her background in training and development has given her a wealth of knowledge and experience with dealing with emotions (and a little bird tells me she’ll be joining us at our Junior Camp Courage this July!!)

The girls spent the morning diving into the depths of what is emotional intelligence, why it is important, and how we apply it in our daily lives. They learned different techniques and at-home exercises to dig into their selves and navigate their emotions in an often emotionally challenging world. These skills prove to be incredibly helpful, particularly during the teenage years!

THE EXTRAORDINARY WOMEN! As listed above, as well as MC and FUEL Founder Tanya Meessmann for their time, efforts and invaluable knowledge shared across all of the events.

THE VOLUNTEERS! Charleigh, Lucy and Heidi who worked tirelessly to provide a friendly, calm and supportive environment for the girls throughout.

WHAT YOU HAD TO SAY:

“Loved hearing how people managed to accomplish the things they are passionate about.”

“Meeting all of the other Girl Shaped Flames was really great!”

“Such an incredible learning experience, thank you!” 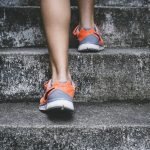 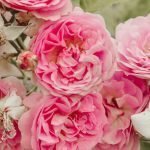