From birth Chyanne Patterson was handed a challenging position in an image-obsessed world.  Born with a cleft lip and palate, not only did she have to endure a multitude of surgeries (with many more still to come) she has had to do so while suffering through years of bullying both in and out of school.

But there was a flame that burned inside her, telling her to ignore them, push forward, find something you love and do it.  Her mother, Su-ellen, fanned that flame by beginning to suggest she partake in some local modelling.  What, at the time, perhaps only felt like a small blast of oxygen, in fact roared Chyanne’s fire to life and to date she has been published in a variety of publications, cast in a TV Series pilot and been named a finalist in numerous modelling pageants.

It’s only now that she’s starting to recognise and understand the real impact modelling has had on her confidence. Determined to show the world she is more than her differences, she continues to surround herself with a strong group of inspirational women who show her the importance of strong community support. Subsequently she has become an advocate against bullying of any form, and she delivers a stirring message in favour of anti-bullying after experiencing trauma herself: Walk away. Set your sights on something you want and ignore the haters. Keep your head up and keep going.

Chyanne is modest when it comes to considering whether she sees herself as a role model to girls (and as she points out, boys too!) who find themselves in a similar position – suffering at the hand of relentless, cruel bullying. But the true testament to Chyanne’s bravery is her ability to persevere and push herself to achieve her dream of a career as a model and actress.

We here at FUEL are excited to have Chyanne as a true Spark. The fire within Chyanne burns bright and we can’t wait to see what else she achieves in the wonderful world she’s created for herself.

1. What are three words that describe you?

2. Who is a female role model for you and why does she inspire you?

My mum Su-ellen. She always keeps going no matter how bad things get. She has achieved so much in the years we have been on our own. If I can be half the woman my mum is I will be very proud of what sort of woman I am.

3. What has been the best piece of advice you’ve received so far? Who was it from?

“Always look for the positive in everything and everything will turn out good” – my mum.

4. What is something you’re good at that people wouldn’t know about you?

5. What makes you happy?

Being with my family, especially spending time with my nephews and nieces.

6. When you’re having a bad day, what makes you feel better?

7. Where do you see yourself in 5 years time, and how do you plan to get there?

Working in a good job within the modeling and acting industries. And to be a role model for all young people who get bullied. The plan to get there is to finish school and to continue doing photoshoots and working in the entertainment industry. But most of all I want to get the message out there that no matter what struggles you have, you can get past it and become whatever you want. 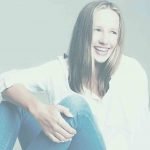 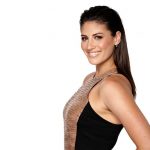