At first glance, Maja Wilbrink may seem like your normal Year 12 graduate, but upon getting to know her, you soon realise she is nothing short of an exciting mixture of talent and ambition well beyond her years.

To date, many of Maja’s experiences have been driven by a passion for helping people and using her influence to encourage change. When combined with her many business talents, she is a force to be reckoned with, and has launched and sustained more than three businesses/initiatives in her short career.

WHERE IT ALL BEGAN

Maja started her journey when she delved into the world of social media and started @art.ig as a way to share art and inspire creativity in everyday life. Now, the account has over 1.6 Million followers and counting. The instant success of this platform was not only a testament to Maja’s social media skills but also ended up being the catalyst that inspired Maja to use influence to invoke change. It wasn’t long after that we saw the introduction of Heartsi – the online retailer Maja now operates where every purchase provides a child in need with a day of visual art activities. The small act of kindness helps children find inspiration, while also providing an outlet for any inner turmoil. So far this initiative has seen on 1000+ classes donated on behalf of Heartsi and continues to grow.

Even with the success of @art.ig and Heartsi, Maja didn’t stop there. Instead she got in contact with Alexia Hilbertidou (the founder of GirlBoss in New Zealand) and started the Australian chapter of the initiative, Changemakeher. GirlBoss, and now Changemakeher, is a student-led movement that encourages young girls – though a series of workshops and conferences – to dream big and pursue fields in which women are under-represented such as STEM, business and governance.

Earlier this year, Changemakeher saw the launch of their EmpowHER arm, which introduced an annual conference for 150+ girls from all around Queensland, which FUEL was very proud to be a key sponsor of. The conference is choc-a-block with workshops, networking and inspiration hosted by a number of influential women working in the industry – allowing girls to meet role models and ask everything the don’t answer in school. 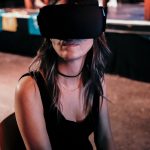 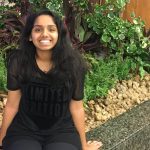