From the moment you speak to Micol Carmignani you just know you have found someone special. This multilingual student immediately caught our attention with her outstanding ice skater achievements and big dreams to change the world.

Micol was born in Italy before following her family to Africa where she learnt her second language, French. When she turned eight the family jumped ship again and planted roots in Australia where Micol was then faced with learning yet another language – even before hitting double digits. After securing a spot at Queensland Academies Creative Industries, Micol now finds herself studying Spanish, French, Advanced Mathematics, Environmental Systems and Societies, Language and Literature, Business and Theatre. And if you think that’s a mouthful, then you’ll be surprised to hear she is also an internationally competing ice skater. Introduced to the world of ice-skating via her mum at the age of three, Micol (right) spent the first few years facing the harsh reality that it wasn’t a viable option in Africa. Instead, she would eagerly await the annual trip to Italy where, while visiting family, Micol was able to explore her passion non-stop. After this initial seed was sown her dream finally came true the moment they hit Australian shores and as Micol fondly recalls it, they were visiting her local rink before her boxes were even unpacked. Since then, Micol has gone on to win over 70 trophies and medals in her short eight-year career. More recently with barely any breathing time after completing exams, Micol was flown to Andorra (where those Spanish lessons will surly come in handy) to compete once again in Nationals. When asked about how she manages such a busy schedule and weather stress creeps in, she notes that the extra pressure from performing on a world stage has in fact helped her in her studies and enabled her to achieve perspective in other aspects of her life. Actually, Micol credits the added activity as the reason she is able to maintain focus and perform as well as she has throughout her studies as it helps her manage her time and eliminate procrastination. Furthermore, ice-skating has also taught her how to push through fear and carry on – a skill we all need from time to time.

While still curious to see how her ice-skating career might eventuate, Micol also has other hopes and dreams for the future triggered by her time spent in in Africa. Growing up in a country like Africa, Micol saw first hand how opportunities aren’t accessible to everyone, regardless of how deserving they might be.

Seeing this injustice from such a young age has moulded Micol (in her favour) ensuring she wakes up everyday refusing to take anything for granted and always looking for a silver lining in every experience. This attitude will no doubt carry her far in life, including her dream of tackling a career in the UN. This strong-minded young woman is determined to see the playing fields even and we have no doubt she will be riding the wave of change in no time.

Where some kids might shy away from life altering experiences like learning new languages, moving countries and competing internationally, it’s clear that Micol has turned these, at times scary, circumstances into new possibilities. She has thrown herself in the deep end and come out the other side with new friends and new experiences to expand her mind and it shows all to clearly. Overall Micol is extremely caring, determined and incredibly resilient and we are extremely excited to share her story so that others may be inspired to step outside their own comfort zones and achieve greatness. 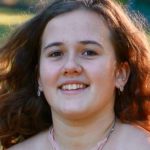 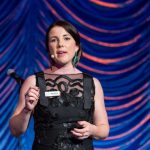