Wonder why your daughter is SO negative all of the time?

Wonder why your daughter is SO negative all of the time?

Does your daugter seem to focus on the negative things that are happening around and to her?

We hear a lot from parents that they find that their daughters are particularly negative and that they have really big emotions that they’re not really able to control during these teen years.

She has a very negative mindset

…And there’s a very good reason for this actually, and this has got everything to do with how your daughter’s brain is functioning and developing through the teenage years.

Dr Diane Harner has been working with teenagers and has studied the teenage brain for over 25 years. And what we know from Dr Diane is that the front part of the brain (the prefrontal cortex), is the part of the brain that allows your daughter to regulate all of those emotions that are going on in her emotional brain. 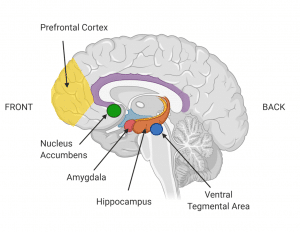 It’s the prefrontal cortex that allows her to pull herself out of a negative emotion, to not dwell on something, to be able to see perspective, to look at a situation rationally.

However, what we know is that that part of her brain isn’t fully developed yet.

The brain matures from the back to the front, so her emotional brain is more fully developed than the part of the brain that can actually control those emotions.

This is why we see that negativity and this overwhelming emotion in our teenage girls.

Much like the rest of her body, her brain hardware is still being developed. Understanding this as her parent is key to being able to empathise with her when she is seemingly acting a little “crazy.”

As parents, we need to be the ones who have the very intact prefrontal cortex that allows us to regulate our emotions more effectively when we respond to the negative emotions and potentially negative behaviours of our daughter.

We’re going to leave you with this piece written by psychotherapist Sean Grover from the perspective of a teen, who is experiencing all of these emotions and feeling like they have no control over them.

The Negative Voices in Your Teenager’s Head – Sean Grover L.C.S.W.

Remember she isn’t going to be a negative Nancy forever, she is still being built.

If you’re interested in the neuroscience and development of the teenage brain, we dive into this with Dr Diane more extensively in the full Courageous Parenting Program. Click below to find out more.