[vc_row][vc_column][vc_column_text css=”.vc_custom_1513832643527{margin-bottom: 0px !important;}”]After a busy day which started with teaching QLD Scouts how to rockclimb at Kangaroo Point, Ky Furneaux swapped the sneakers for a pair of (boot)heels, and presented to an energised audience at our Feed The Beast Talk later that night.

Starting out with a short recap of Ky’s career to date – where of course, we couldn’t resist name-dropping a few A-list stars such as Chris Hemsworth and Uma Thurman – we then delved into Ky’s debilitating accident at the age of 19, taking the audience by surprise.

As the look of shock and horror came over their faces as images of Ky in a backbrace covered the screen, teen girls began to lean in, absorbed by the story of courage. It wasn’t long before the look of shock became respect, and the girls began to understand the strength and tenacity that was harnessed by Ky for her to now be an able-bodied, fearless stunt double, that runs away from exploding cars and gets flung into walls. The girls were hooked.

Moving into her interview Ky spoke openly about not only the physical struggles, but also the mental struggles she faced when she thought her body was taken away from her. In contrast, she also opened up about the Hollywood industry and how that same body could be disrespected and judged by talent scouts – recalling a time where said scouts spoke loudly in front of her, humiliating her saying she was unflattering in a bikini. Throughout the night Ky spoke of many stories like this, where either through injury or judgement from others, she has had to continuously push through the clutter, remain positive and stay strong.

Of course, Ky’s stories were met with intrigue from the audience, but more importantly, they were met with admiration – harnessing exactly what FUEL is all about – providing role models that girls can look up to and who better than someone who has experienced first hand one of the most gruely physical and mental industries out there.

To finish, Ky answered a flurry of questions from the girls covering everything from how to cope with social media to how to tackle seemingly impossible goals at an international level. As the night came to close, and all inspired questions were answered, another great FUEL Feed The Beast Talk was met with an applause. After, the girls looked forward to a photo op and a chance to thank Ky in person – some even taking her number for a quick chat later in the week!

FUEL’s 2017 Feed The Beast Series is proudly brought to you by CQUniversity Australia. 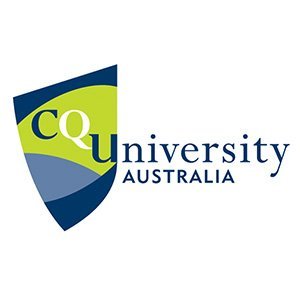